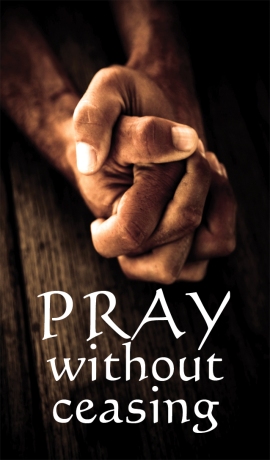 In his book Prayer: The Timeless Secret of High-Impact Leaders, Dave Earley provides a quote from David Jeremiah which reads, “Everything God does in the work of ministry he does through prayer” (Earley, 10). The context of this statement is that Early is linking the value of prayer with the power of prayer. He uses an extensive quote from David Jeremiah, as a bookend to an entire section where he has strung together quotes to try and argue that no ministry work will occur, where prayer is absent. In other words, Early is teaching that God does not act where prayer is not present. Not only is this conclusion of Earley’s too encompassing and simplistic, but if pressed too far can be theologically dangerous.

If God can only act in concert with the prayers of his people, then man ultimately becomes the sovereign entity which determines the success and failure of the church. Less one think that I am taking Earley’s statement too far by drawing that conclusion, look at some of the quotes he provides leading up to this point. Earley quotes Jack Hayford who writes, “We determine whether God’s goodness is released towards a specific situation or whether the power of sin or Satan will be permitted to prevailing…If we don’t [pray], then He [God] won’t” (Earley, 8). If that were not enough Earley also quotes this from E.M. Bounds, “God has of his own motion placed himself under the law of prayer and has obligated himself to answer the prayers of men” (Earley, 9). Such statements not only undermine the sovereignty of God over his church, but also offers a misunderstanding of the purpose of prayer as taught by Scripture.

First, one must understand that the Bible clearly teaches that God is sovereign over all of His creation, therefore he is free to act as he chooses. “Our God is in the heavens; he does all that he pleases” (Psalm 115:3, ESV). God never becomes the victim of circumstance. He is never forced into a situation where He must do something in which He cannot rejoice. He is not mocked. He is not trapped or cornered or coerced. Ephesians 1:11 states that, “God works all things according to the counsel of his will” (ESV).  Over and over the biblical testimony declares God’s sovereign freedom to act as he chooses to accomplish his purpose for his glory, and for the good of his people (Romans 8:28). It is this sovereignty of God that serves as the basis for prayer.

Prayer does not change God, it changes us. The biblical teaching on prayer is that it is not a wish sent up for God to grant. It is a request that our desires, and goals, and aspirations become one with God’s desires, goals, and aspirations. Prayer does not align God’s will to ours, it aligns our will to his. “And this is the confidence which we have before him, that if we ask anything according to his will, he hears us” (1 John 5:14, ESV). When we don’t know how to pray according to God’s will but desire it earnestly, “the Spirit of God intercedes for us according to the will of God” (Romans 8:27). David Jeremiah uses many verses to from the epistle of James to argue that nothing in ministry can happen absent of prayer, but he fails to mention James 4:14-15 where the brother of the Lord writes, “yet you do not know what tomorrow will bring. What is your life? For you are a mist that appears for a little time and then vanishes. Instead you ought to say, “If the Lord wills, we will live and do this or that” (ESV). “If the Lord wills” is the essence of what prayer is.

This is why prayer in the ministry is so vital. Not because without your prayers God is helpless to do anything. The reason prayer is so vital is because it opens our eyes to the will of God for our ministry, and our ministry will only be effective when all of its people are in constant prayer seeking what God’s will is for that ministry. God has given us prayer so that our ministries may be effective because through that prayer we are capable of ascertaining God’s will for the ministry, but the church must never see it as the key which unbinds the hands of God so that He can now act. God will freely act in order to accomplish his purposes any way he chooses, and no act or lack of will keep him from doing so. “All the inhabitants of the earth are accounted as nothing, and he does according to his will among the host of heaven and among the inhabitants of the earth; and none can stay his hand or say to him, “What have you done” (Daniel 4:35, ESV)?