“The secret things belong to the Lord our God, but the things revealed belong to us and to our sons forever, that we may observe all the words of this law.” – Deuteronomy 29:29

In this passage it is revealed to the believer that there is a secret will of God that he works within his intra-Trinitarian being, and there is a revealed will which has been given to us in order to know and live out God’s commands and desires. These two wills have also been referred to as the will of God’s decree and the will of God’s command. The point of the next three blog posts will be to detail a brief theology outlining the two wills of God, and finally providing illustrations from Scripture that reveal the two wills of God at work. Today’s blog will cover the Secret will of God. 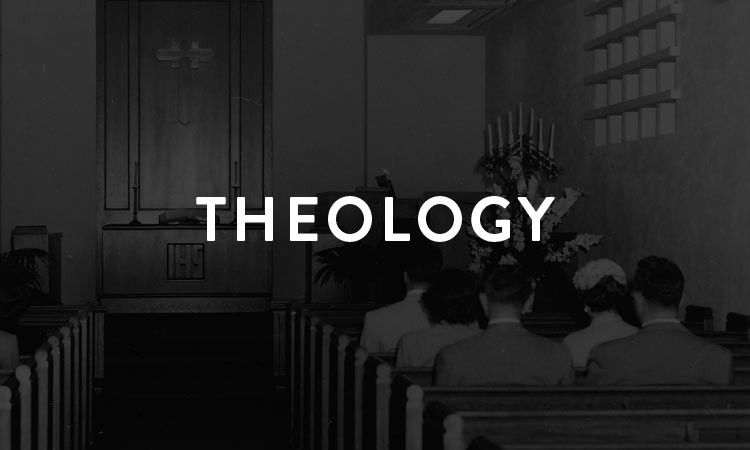 With respect to the secret or decreed will of God, the following remarks are in order:

(1) God’s Secret will is “secret” not because man knows nothing of it. Much of God’s secret will has already been realized and, as such, revealed. But man cannot know of it in advance. And even this is not altogether true, since man, e.g., can know in general that God will make his cause to triumph. But man cannot know precisely and in detail what God will bring to pass.

Creation is derived from it, Revelation 4:11 “… for you did create all things, and because of your will they are and were created.”

Government is derived from it, Proverbs 21:1 “The king’s heart is in the hand of the Lord as the water courses, he turns it whatever way he will.” Daniel 4:35 “And all the inhabitants of the earth are reputed as nothing: and he does according to his will in the army of heaven and among the inhabitants of the earth: and none can stay his hand, or say unto him, What are you doing?” Ephesians 1:11 “… who works all things after the counsel of his will.”

The sufferings of Christ derived from it, Luke 22:42 “Nevertheless not my will, but thine be done.”

Regeneration derives from it, James 1:18 “Of his own will he brought us forth by the word of truth, that we should be a kind of first fruits of his creatures.”

Sanctification derives from it, Philippians 2:13 “For it is God which works in you both to will and to work for his good pleasure.”

The sufferings of believers derives from it, 1 Peter 3:17: “For it is better, if the will of God should so will, that you suffer for well-doing than for evil doing.”

(3) God’s Secret Will is inclusive and permissive of the fact of sin. The question of inclusiveness at once brings forward the further problems of the origin of sin. On the basis of the absolute inclusiveness of God’s will, both in the physical and in the moral spheres of created being, logic would seem to drive us at once to say, “Then God is responsible for sin.” Accordingly the attempt has been made to have sin enter into the universe in spite of God. But this would imply that there was a power beyond God not created by him. A second attempt to solve the problem is made when men seek a certain necessity above God so that God, in order to create the good, especially the morally good, had to allow for evil or at least the possibility of evil. “A God whose essential nature is holy love will not and cannot rule by force. Since this is so, there will inevitably be evil in a world of free finite beings.” But there is no reason why God, the perfect moral being who cannot sin, should not be able to create a finite moral being who could not sin. Scripture says that God did use a possibility for evil in order through it to enhance his glory, but it does not say that God had to use it even as a means.

The problem of evil is no greater here than is the problem of creation. The logical difficulty is quite similar in both cases. In both cases we seek, following Scripture, to avoid pantheism. In both cases we bow to mystery. In both cases we say we are certain no other system has solved the problem or in any degree approached a solution. In both cases we hold that our position is the only reasonable solution, because it has the absolute God as a center of rest, while all other systems rest on the sinking sand of relativism. When we say, therefore, that God’s will is permissive with respect to sin we do not claim to have solved the difficulty, but only to have followed the Scripture in two things. (a) denying that God is responsible for sin, and (b) denying that anything happens in spite of him and in circumvention of his purpose. God’s decree, though permissive with respect to sin is none the less efficient.

(4) God’s Secret will is absolute. The distinction made between an absolute and a conditional will of God does not apply to God’s secret will, because the secret will does not fully tell us how God’s will is to be realized. It says that all things will happen according to God’s plan but does not fully indicate the manner in which this is to be done. Whether this particular event will or will not come to pass or whether it will come to pass in part, or not at all through the action of finite personality, is sometimes left unrevealed. The absoluteness of God’s will is implied in the absoluteness of God’s nature, and in the very comprehensiveness of his will. It could not be comprehensive if it were not absolute, and it could not be absolute if it were not comprehensive.

One thought on “Let’s Dive Deeper: A Brief Theology on the Two Wills of God pt. 1”