William Kiffin was one of the most influential and outstanding of the Particular Baptist leaders in 17th century England.  In the 1630’s around the age of 21, Kiffin began his sixty-year pastorate at the Devonshire Square Particular Baptist Church.[3] Kiffin’s ministry can be seen as one that was religiously radical, and politically moderate. Kiffin argued that he was a religious dissenter not a political one (a distinction that was often hard to make when governed by a state church). One Presbyterian merchant labeled Kiffin, “the grand ring leader” of English Baptists.[4] 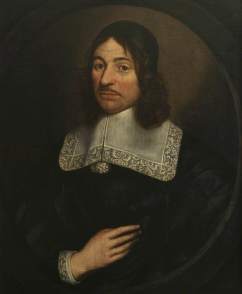 One of the aspects of Kiffin’s life that made him so important to the Baptist movement, other than his theological convictions, was first, the fact that he did not pose a threat to King Charles II regime, and secondly, his commercial success as a London merchant. Kiffin spent many days in and out of Jail, but each time his moderate views regarding the government spared him. Kiffin’s actions towards the regime were far too moderate to meet the criteria for a radical. Kiffin maintained a positive relationship with the government because he was strictly a religious dissenter who had no public intentions to overthrow the government.[5] He consistently published works against the Church of England, but never against the leadership of England. Kiffin’s financial success was also a vastly important reason for his importance. One particular instance was when Kiffin secured the release of 12 Baptists who had been convicted for going against the Elizabethan law. He did so by giving a undisclosed (most scholars argue between ten and 40 thousand pounds) amount of money to King Charles regime.[6] Between his theological endeavors, moderate political stance, and financial success, William Kiffin was a vital player into the continuity and success of the Baptist Church. 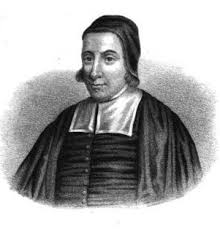 Hanserd Knolly was born in Lincolnshire, England to a father who was a vicar of the Church of England. While studying at university, Knolly was deeply influenced by Puritan thought. He was ordained a minister of the Church of England, but began to reject many of the practices of the church. After taking the advice of John Wheelwright, Knolly was set to be arrested for his radical dissenting ideas and fled to Boston, Massachusetts in 1638.[7] He returned to London in 1641, and a year later the civil war broke out. During the civil war, Knolly found himself on the side of the Cromwellian government. There he worked as a civil servant and as a chaplain.[8]  In late 1644, Hanserd Knolly became a Baptist. He would provide vital leadership for the Baptist movement until his death in 1691.

Both Kiffin and Knolly played important roles in establishing Baptist ecclesiology primarily with emphasis on three areas: believer’s baptism by immersion as the rite of entry into the church, a closed communion which allowed for only church members to partake in the Lord’s Supper, and lastly an emphasis on the importance of lay leadership within the church. From the beginnings of the Baptist movement, the universally held position was that baptism provided the rite of entry into the church for the new believer. In 1642, what is known as the “Restoration of Immersion” took place out of the Jacob-Lathrop-Jessey church.[9] Kiffin and Knoll both took up this doctrine of baptism and reviewed what Scripture had to say on the matter. The key issue for the two was that only what was “explicitly commanded” in Scripture should become church practice. Any practice that was not as such would be guilty of adding to the Scripture. After appealing to three instances of baptism in Scripture: John the Baptist, Christ’s disciples, and those in the book of Acts; Kiffin and Knolly argued that in the biblical narrative only those who repented and believed were accepted for baptism.[10] Both men overtly denied a single instance of infant baptism from Scripture or anything that could even be implied for it. Kiffin had been a key advocate on this matter when he and seven other church leaders signed the first Particular Baptist confession of 1644, Knolly would sign its revision in 1646. The document signed by both men defined baptism as a “visible way of profession by which believers are distinguished from the world.”[11] The two Baptist and one other sought to debate Edmund Calamy on the subject of infant baptism vs believers baptism, but were unable to because of rumors that the Baptist planned on being violent (a rumor that had no truth in it). Thirty years after their publishing of A Treatise Concerning the Lawful Subject of Baptisme, where the two men powerfully defended this doctrine of believer’s baptism with Scripture, they would once again defend it, but this time with the utilization of church history to support their view of credobaptism, and its necessity for church inclusion.[12] A good summary of the doctrine of baptism within the ecclesiology established by Kiffin and Knolly was that according to Scripture, one must repent and believe, which an infant is incapable of and cannot inherit from their parents.

The second area that Kiffin and Knolly played a vital role in formulating Baptist ecclesiology was in regards to the second sacrament, the Lord’s Supper. Unlike the General Baptists, and a few particular Baptists including John Bunyan (who Kiffin had a written debate with over the matter) Kiffin and Knolly advocated a “closed-communion” practice.[13] This practice warrants that only baptized believers who are members of the church are to partake in the Lord’s Supper. This practice is best outlined in the Particular Baptist Confession of 1644. It reads, “Therefore, do not admit any in the use of the supper, nor communicate with any in the use of this ordinance, but disciples baptized.”[14]

The third area of ecclesiology that was radically developed and advocated by the two Baptist leaders was an advancement in lay leadership. Baptist churches generally knew of no distinction between the clergy and the laity. Often, Baptist ministers were in most cases ordinary working people, who were elected by their fellow members. Perhaps there is no greater example of the effectiveness and importance of lay empowerment then Kiffin himself. Kiffin was a merchant and at one point even served as a Member of Parliament in 1656.[15] He maintained a lucrative career while also serving as one of the predominant theological forces behind the Baptist movement.  Lay empowerment was a primary reason for the success and flourishing of the Baptist movement because it advocated the true spirit behind the priesthood of all believers. Kiffin and Knolly also advocated that a church was to be maintained by the giving of its members, not through a tax, tithe or any other compulsory means.

In conclusion, there are few in this world who would know the likes of William Kiffin and Hanserd Knolly, but many experience a church style and government that these two men were vital in advocating. The two were extremely important in formulating an ecclesiology with three tenants that stood out, namely: believer’s baptism by immersion, closed-communion, and lay empowerment. The greatest testimony regarding the two was their commitment to the Bible. The ecclesiology that they helped formulate was not novelty, it was biblical. Kiffin and Knolly in the midst of religious division, political strife, and looming persecution remained faithful to the one thing they knew would not fail them, God’s Word. Kiffin and Knolly are two men who often hidden in the shadows of church history should be revisited and studied as much as they provide a great picture into the historical development of the Baptist tradition.

[7] Bill Pitts, “Debating the True Church on the Grounds of Believer’s Baptism: The Ecclesiology of Hanserd Knollys,” Baptist History and Heritage 47, No. 2 (Summer 2012): 57.

[11] Andrew Bradstock, Radical Religion in Cromwell’s England: A Concise History from the English Civil War to the End of the Commonwealth, (London: I.B. Taurus, 2010), 10.