The person of Adam is central to biblical theology, and as such, Christian orthodoxy does not merely argue for the historicity of the first man, but demands it. The question, however, is why? Why, other than the fact that mankind comes from a single origin, or for explaining the introduction of sin into the world, does the person of Adam matter so much to to the faith. Why did he matter so much to arguments of the apostle Paul? How can mankind be subjected to the effects and condemnation of the sin which Adam, and not his posterity, partook of? Why was it that only when Adam partook of the tree the eyes of both Eve and him were opened? The answers to these questions are multi-faceted, and to provide the layers necessary to rightly answer them go beyond the limits of this paper, however, it is the argument of the author that all of these questions do have a central point of origin based upon the covenantal relationship that existed between Adam and God. This covenant has taken many names: the Adamic Covenant, Adamic Administration, Edenic Covenant, Covenant of works, Covenant of Creation, etc. There are many scholars, however, that argue that though there was clearly a relationship between God and Adam, to call it a covenant is to simply go beyond the scope of Scripture. The argument of this set of blog articles will be to show not only that there was indeed a covenant between God and Adam, but that this covenant is central to a proper biblical theology, primarily as it pertains to the soteriological and eschatological work of Christ, the Last Adam.  In order to accomplish this task, the articles will be organized as follow: Part 1 will provide a biblical and theological argument for the Adamic covenant, Part 2 will explain the covenantal responsibilities of Adam, and Part 3 will explain the way that Christ serves as the Second or Last Adam in the New Covenant. 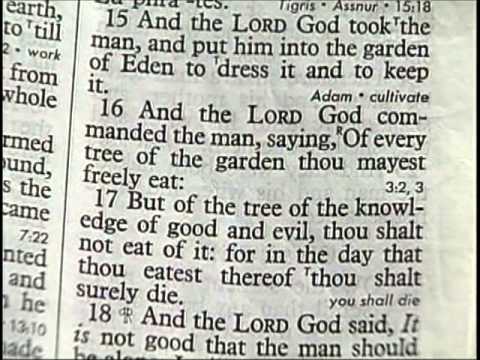 Was a Covenant Made in Eden?

The central question undergirding the entire thesis of these articles is whether or not Adam was indeed in a covenant relationship with God? The goal of this section will be to answer that question in the affirmative, and provide both biblical and theological evidence to support it. First, the question must be considered, “what constitutes a covenant within the Bible?” The most common Hebrew word for covenant is berîṯ, which also means “agreement” or “arrangement.”[1] Within the second millennium BC, there were many similarities between the structure of the treaties found in the ancient Near East, and the covenants in the Bible. There are two primary types of covenants found within the Old Testament: covenants made between human parties and those between God and man. The covenants that are made between God and man always fall under the specific category of a Suzerain and vassal treaty. These treaties are those in which a more powerful party, in this case God, sets the terms of the agreement.[2] Of the major covenants that are agreed upon within the Old Testament, all have very similar concepts within them. The Noahic covenant is a unilateral action of God, and comes with a promise and a sign (Gen. 9:8-13). The Abrahamic covenant is a unilateral action of God, but requires a bilateral response and comes with a promise and a sign (Gen. 17:1-14). The Mosaic covenant extends out the Abrahamic covenant and emphasizes the importance of covenant keeping (Ex. 19:5), it comes with the promise of blessings for covenant-keepers and curses for covenant-breakers, and bears the sign of both circumcision from the Abrahamic covenant and also the additional sign of the Sabbath (Ex. 31:13). J.V. Fesko argues that the Mosaic covenant outlined in Deuteronomy reveals the closes resemblance to the Hittite treaties of the ancient Near East.[3] Finally, with the Davidic covenant, which extends from both the Abrahamic and Mosaic covenants, it is a total unilateral covenant where one is unable to find any explicit conditions by which God’s promise to David hinges upon. With this brief description of the covenant in the Bible, a framework can be provided to examine Gen. 1-3 and to demonstrate that these chapters lay out a covenantal context between God and Adam.

In his article on the subject, Jeffrey Niehaus provides contextual evidence that when compared side by side with other ancient Near Eastern treaties and biblical covenants, that Genesis 1-2:17 is clearly “framed after the pattern of a second millennium BC ancient Near Eastern Treaty.[4] However, not only does the structure of Genesis account allow for a covenant, but there are distinct concepts between God and Adam that attest to a covenantal relationship. In Gen. 1:28; 2:3, 16-17, Adam when placed in the garden of Eden is issued commands that contains both blessings and a curse. The imperative “you shall not eat” in Gen. 2:17 is directly paralleled with the commands found in the Mosaic Covenant, as well as with their appended blessings and curses (Ex. 20:2-27). Also, a second feature of the covenantal framework of Gen. 1-3 is seen in what J.V. Fesko calls “the sacramental signs of the Adamic covenant.”[5] Three of the four covenants noted earlier were sealed with a sign: the rainbow (Gen. 9:13-16), circumcision (Gen. 17:9-14), and the Sabbath (Ex. 31:13). These signs are reminders of God’s covenant to those he has made them with. Within the Gen. 1-3 framework, there are two signs that are put in place by God to denote the blessing found in his covenant as well as the curse. These signs are the trees of life and knowledge. They were sacramental in that they served as promises. If Adam had remained obedient to the Lord, the tree of life served as a promise of eternal life, but through disobedience the tree of knowledge served as a promise of death.[6] So from both the structure and language of Gen. 1-3, there are distinct markers that show the covenantal context of God and Adam’s relationship.

It is important to note, that though the word “covenant” does not directly appear here in Gen. 1-3, there are other biblical passages that either allude or imply the reality of the Adamic covenant throughout both the Old and New Testament. For instance in Gen. 6, when God establishes the covenant with the Noah, the word that God uses for “establish” in v. 18 is very unique when compared to the Abrahamic covenant in Gen. 15. When God makes the covenant with Noah the word that is used is hāqîm, which does not refer to the initiation of a new covenant rather the continuation or an extension of an already existing one.[7] Also, when one looks at Gen. 9 with the actual giving of the covenant in vv. 1-2 there is a clear connection between God’s words to Noah, and the dominion mandate of Gen. 1:28. In other words, Noah was picking up the covenantal mandate of Adam, to replenish and have dominion over the recently flooded world, and with the tree of life being cut off to man because of Adam’s disobedience, God provides a new covenant sign for Noah, the rainbow (Gen. 9:14). If this is a correct analysis of Gen. 6:18, then the Noahic covenant was not new, but simply an extension of the Adamic covenant given at creation, with an added promise of never judging creation by flood again.

A far more explicit passage which provides evidence of an Adamic covenant is Hosea 6:7. It reads, “But like Adam they transgressed the covenant; there they dealt faithlessly with me.”[8] However, it must be admitted that such a passage has received much attention, but yielded little consensus on the proper interpretation of kə’āḏām. The LXX, and English translations derived from the Textus Receipts (NKJV, KJV) render it as “like man.” Whereas, the Vulgate, NRSV, NASV, ESV, and NIV translate it as “Like Adam.” These are the major interpretations, but there is also a smaller majority who believe that it is referring to the city of Adam (Josh. 3:16). In light of the argument, this is of great significance for either advancing the proposed thesis or simply remaining silent on it. Calvin in his commentary on Hosea, agrees with the Septuagint’s rendering and believes that to argue for a reading of Adam is “in itself vapid.”[9] However, Bavinck argues that simply rendering it “like man,” is absurd as it does not bear the weight of God’s rebuke against Israel’s sinfulness. His argument is that as Adam was planted into the garden by God, given the covenant, but then was disobedient and was plucked out of the garden; this was the indictment on Israel who had been planted by God into the promised land and yet also were covenant breakers because of their disobedience.[10] The argument by Bavinck seems to provide a more natural and powerful conclusion to the translation being rendered “Like Adam.” Also, the use of kə’āḏām in Job 31:33 being translated as Adam in the NKJV, NASV, and ASV, provides a strong corroboration of Hosea 6:7 reading “like Adam.”

Finally, the parallel relationship that Paul places between Adam and Christ (the Second Adam) in passages such as Rom. 5 and 1 Cor. 15 provide a strong basis that as Christ and his posterity (those of faith) enter a relationship with God through the context of covenant, such is the case with Adam. As A.W. Pink commenting on the two federal heads of mankind writes, “These two men are Adam and Christ… and neither ruin nor redemption can be Scripturally apprehended… except we understand the relationships expressed by being “in Adam” and “in Christ.”[11] More will be said on the essential role of the Adamic covenant in New Testament in the next two sections. One final note should be added to provide further weight to teaching that God established a covenant with Adam, and that can be found within non-canonical resources, for instance in the Testament of Moses, it reads, “And the Lord coming into paradise, set his throne, and called with a dreadful voice, saying Adam…since you have forsaken my covenant, I have brought upon your body seventy strokes.”[12] Texts within the Apocrypha also attest to the belief that Adam was indeed in a covenant relationship with God (Sirach 17:1, 11-12). Therefore, though there is no specific use of “covenant” within Gen. 1-3, the cumulative biblical, historical, and (in the sections to follow), theological evidence makes a strong argument for the existence of the Adamic covenant.

[8] All Bible verses are taken from the English Standard Version, unless otherwise noted.

One thought on “The Adamic Covenant (pt. 1)”