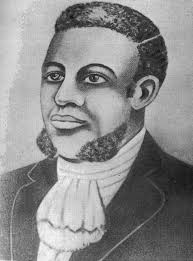 Therefore, since we are surrounded by such a great cloud of witnesses, let us throw off every encumbrance and the sin that so easily entangles, and let us run with endurance the race set out for us. – Hebrews 12:1

There is not a single person that should be unaware of history because we can never rightly move forward, until we know where we have been and what we’ve done already. And there is no greater truth for Christians. We are surrounded by such a great cloud of witnesses, and it behooves us to reflect and learn about our brothers and sisters in the past, and how God has mightily used them to advance His Kingdom through the proclamation of Christ. These witnesses have crossed the finish line and now await the full consummation of the kingdom, but nevertheless their lives serve to encourage us in our races, bidding us to “keep running, Christ is worth every trial, every hurdle, just keep running with your eyes on him!” And today I want to look at one of those “witnesses,” a brother in the Lord who every Christian should know and be inspired by, on of the fathers of African-American Missions — Lott Carey.

Lott Carey was born in 1780 in Charles City County, VA. His family and him were slaves, but more important they were faithful Christians; and so Carey was surrounded by a great and strong Christian influence his whole life. At the age of 24, Carey was sent to Richmond, VA to work in a tobacco warehouse, and there he found himself beginning to follow the path of many of the other men, drinking too much, swearing much, and chasing after women. About two or three years after arriving in Richmond, Carey felt convicted of his sin, and attending church, he heard a sermon on Nicodemus (John 3) and came to saving faith in Jesus Christ.

Carey, like so many slaves, was unable to read, but this would undermine his resolve to be able to articulate his faith and read his Bible. Carey began attending a night school and there he fully bought into his studies, becoming a very well educated man. Because of his intellect and great work ethic, Carey was eventually promoted to the role of supervisor at the tobacco warehouse. In 1813, Carey had made enough income to be able to purchase his own freedom. But though he was now free from any man, Carey saw himself totally as a slave to Christ. He felt the call to ministry, and specifically a call to mission work in Africa. In 1815, Carey and other men organized the Richmond African Baptist Missionary Society. Carey was the organization’s first secretary, and he was torn on whether he should go to Africa or stay back home, but because the racism and oppression that Carey had to face in America, he felt the best way to accomplish the ministry he had been given was to go to Africa. On January 23, 1821, Carey and his whole family left America to establish a mission in Africa.

Carey and the other missionaries that left with him, faced many difficulties in the first months of the mission. For instance the American Colonization Society failed to provide Carey with the funds that were promised, and so Carey and his fellow missionaries had to work as farm laborers in Africa in order to support their missionary work. To make matters worse, in December of 1821 Carey’s wife died, leaving him to have to care for his three children on his own.

Eventually Carey and the missionaries were able to purchase the land, and the colony they would establish would become known as Liberia. Just an interesting aside, Liberia would become the first and oldest African republic. During his time as a missionary, Carey also served as a pastor of many churches, he served as a health officer, government inspector, and in 1826, he became the acting governor of the colony. Carey believed that Liberia would be the gateway for the gospel to go into all the continent of Africa and it was for that cause that he labored.

During this time, Africa was filled with tribal warfare and many tribes threatened the safety of Liberia. Carey and the men of Liberia, knew that it was their duty to protect those who had come to Liberia and those who sought refuge their. The men created a strong defensive force to fend off the attacks of those who sought them harm. Unfortunately, in 1828 while helping his men prepare ammunitions to strengthen their defenses, one of the cartridges exploded killing Carey.

Lott Carey only served in Liberia for approximately eight years. His dream of seeing the gospel spread throughout Africa did not happen in his lifetime. But because of his efforts, Liberia is a free nation today and the American Baptist Missionary Convention continues to send men and women like him to take the gospel to other lands. Carey’s resilience and steadfastness, is a powerful reminder of what is possible when our lives are driven by the gospel.