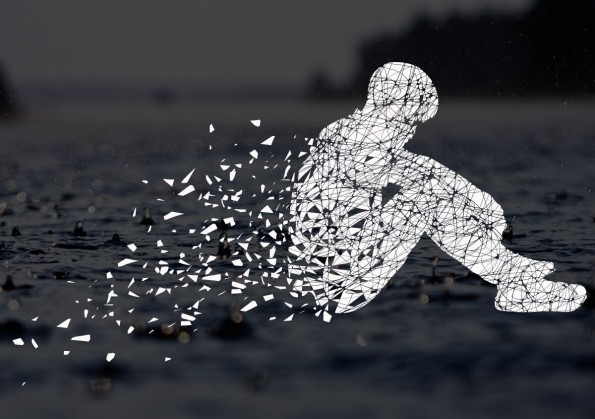 Job’s friends had arrived to console him (Job 2:11-13).. They evidently lived in neighboring regions. The fact that they met by appointment shows that they were already acquaintances who felt it would be better to come together. There is no reason to doubt that they were genuine friends, and that their motives for coming to console with him and comfort him were sincere. Their subsequent behavior shows sympathy for Job’s plight, and we must suppose that the words they utter later, however undiscerning and at times tactless, had the same intention. Attention is focused, not on the abstract mystery of evil, not on the moral question of undeserved suffering, but on one man’s physical existence in bodily pain. There was nothing to be said. These wise men are horrified and speechless. They were true friends, bringing to Job’s lonely ash-heap the compassion of a silent presence.

It is Job who breaks the long silence (cf. 2:13). He has had time to brood over his heart-break. He is horrified, crushed by the unbearable weight of sorrow. His grief is intensified because life had promised, given, so much. He is not philosophizing about man’s universal condition, although the extension is easy to make, and what he says any sufferer can apply to himself. His present state threatens to cancel his belief in the goodness of God in making him a man. God’s best handiwork, capable of so much; Job himself, the best of all and God’s own pride (Job does not know this), industrious, noble, devout, the paragon of the world, now sitting in the dirt, his past lost, his future empty, his present pain. Or, if he thinks of the future, all it offers is death, welcomed as the release from present despair, but abhorred as the final mockery of a futile life. In such a mind, a woman or a child may weep. It is fitting for a man to curse.

It is important to note that Job did not curse God. In the beginning the Lord had cursed the miserable conditions that followed on the sin of our first parents. God did not curse man, and Job does not curse himself. He cursed the day of his birth (lit. ‘his day’), echoing God’s own execration. He does not yet question God, let alone reproach him. That will come later. He does not ask why the Lord sends storm and crime to lay waste a man’s achievement. He is not curious to find out why the undeserving suffer, that is, to find a convincing explanation in God. Even if his friends can bring irrefutable answers to such questions, the facts that appall him would still remain.

Job 3 is a hard chapter to read isn’t it? It pulls at our heart, to the existential despair we have all felt before. Job curses his birth (verses 3–10), he longs for death (11–19), he deplores life (20–23) and ends with a moan (24–26). This is a man who is broken over the loss of his family, the ridicule of his wife, with the pain of physical suffering as the cherry on top. His friends were there, but for seven days they just sat in silence (2:13). But what is there to say in such moments? Even though this is such a hard chapter to read, I think there are there are a couple things we can learn here.

1. The greatest thing you can do for someone in despair is not found in what you say, but in the simple reality that you are there.

Job’s friends merely set with him for 7 days in silence. Not one word was spoken between them. Often, when we deal with someone who is suffering or in a deep mourning process, we get too caught up on “what will we say.” Sometimes the best answer is nothing. I have set in many rooms where a loved one had just passed from a family, and all I did was be there, and after some time the opportunity afforded itself to provide comfort, but there is a ministry given simply by your presence. In ten years most will forget what you said in their moment of suffering, but they will never forget that you were there.

2. Having a relationship with God means that we are to be absolutely real, honest, and transparent with him in how we feel.

Our faith is built more on relationship than religion, and true lasting relationships require total transparency. What makes the wisdom literature so great (Psalms, Ecclesiastes, Song of Solomon, Proverbs, Job) is that in these works you find “realness” between the individuals and God. You find David crying out in anger, love, confusion, praise, and many other emotions in the psalms. You find Solomon the preacher in deep despair looking at the vanity of life in Ecclesiastes, while at the same time seeing his heart of love in his song of songs. And here we see Job’s existential cry of despair, that he wishes he had never even been born. Beloved, there are no brownie points with God for being stoic and “extra” religious. He calls us to be real, honest, and transparent. He calls us to relationship.