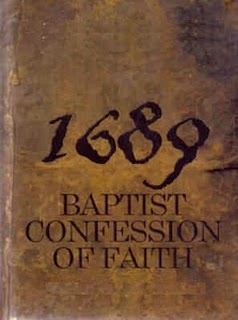 1._____ God hath decreed in himself, from all eternity, by the most wise and holy counsel of his own will, freely and unchangeably, all things, whatsoever comes to pass; yet so as thereby is God neither the author of sin nor hath fellowship with any therein; nor is violence offered to the will of the creature, nor yet is the liberty or contingency of second causes taken away, but rather established; in which appears his wisdom in disposing all things, and power and faithfulness in accomplishing his decree.
( Isaiah 46:10; Ephesians 1:11; Hebrews 6:17; Romans 9:15, 18; James 1:13; 1 John 1:5; Acts 4:27, 28; John 19:11; Numbers 23:19; Ephesians 1:3-5 )

God’s General Decree of All Events

1. A Biblical Argument for the Confession’s doctrine of this decree.

First, nothing can frustrate the decree of God. God has a decretive will (also called his secret or sovereign will) which cannot be resisted and surely accomplishes all that it purposes. Note just a small portion of the Biblical testimony of this:

Proverbs 19:21 – Many are the plans in the mind of a man,
but it is the purpose of the Lord that will stand.

Isaiah 14:24-27 – The Lord of hosts has sworn: “As I have planned so shall it be, and as I have purposed so shall it stand, that I will break the Assyrian in my land, and on my mountains trample him underfoot; and his yoke shall depart from them, and his burden from their shoulder.” This is the purpose that is purposed concerning the whole earth, and this is the hand that is stretched out over all the nations. For the Lord of hosts has purposed,and who will annul it? His hand is stretched out, and who will turn it back?

Isaiah 46:10-11 – declaring the end from the beginning
and from ancient times things not yet done,
saying, ‘My counsel shall stand,
and I will accomplish all my purpose,’
11 calling a bird of prey from the east,
the man of my counsel from a far country.
I have spoken, and I will bring it to pass;
I have purposed, and I will do it.

Thirdly, nothing conditions God’s decree, which is proved by several considerations. First of which is the nature of the situation. No one was there, nothing existed when God decreed. Therefore, God took nothing into consideration except his own will when he decreed all things. Secondly, Scripture asserts this to be true; that no one counseled God when he decreed (see Isa. 40:13-14; Rom. 11:34; 1 Cor. 2:16) Thirdly, this is proved by logical inference. We have already seen that God’s decree is absolutely universal or comprehensive. If God’s decree determines all things, then there are no things which can serve to determine the decree of God.

2. The Confession’s Affirmation of Compatibilism

The confession affirms both the absolute sovereignty of God and the reality of human freedom. To deny this truth is to destroy this beautiful teaching of Scripture and to fall off into either the heretical extremes of fatalism (no human freedom whatsoever) or Arminianism (man maintains total autonomy). The common assumption of both extremes is that somehow divine sovereignty and human freedom are inconsistent and mutually exclusive. This assumption is known as incompatibilism. The great Reformed thinker and apologist Cornelius Van til however, showed argued that biblically, confessionally, and historically incompatibilism was wrong. Van Til, just like the confession before us, taught that human freedom does not challenge divine freedom, but coexists with it. The same event (i.e. the crucifixion) can be both the result of human freedom and the determination of divine sovereignty. Divine freedom declaring the end, and human freedom serving as the means by which God accomplishes that end–this is biblical compatibilism.

a. The decree of sinful actions

The most common objection raised by the teaching of the confession regarding God’s decree is: Doesn’t this make God the author of sin? If not, then how can he ordain it and not be author of it? The confession does teach that God decrees sin, but it denies that God is the author of sin. This denial is to be justified on the basis of the “liberty or contingency of second causes” statement found in paragraph 1. God is not the author of sin because he does not by his own immediate causation bring it to pass. It is the responsibility of the second causes who willingly engage in it. This is illustrated by the case of God’s. decreeing that David should sinfully number Israel (2 Sam. 24:1; 1 Chron. 21:1). From the account in 1 Chronicles we see that this decree was not carried out by the Holy Spirit moving David, but Satan. Another thought which helps to alleviate this problem may be gleaned from the passage which speak of God’s decree of sinful actions in order to bring about a greater good (Gen. 50:20; Acts 2:23). In each of these passages it is clear that God’s rationale in decreeing the sin was completely pure. The picture of the cross serves as the greatest justification for God’s decree of sinful actions.

b. The liberty of second causes

The definition of liberty implied in its use by the confession is different from the idea of liberty which is held by many today. This is a liberty that is not contradicted by the fact that its is completely subject to the divine decree. Freedom, as it is used in the confession, may be defined as the absence of external coercion. If a man is not forced by any power outside himself to do that which is contrary to “what he wants to do” then we may properly say he is free. The wonder of God’s predestination is that God does leave men free in this sense, even though he predestines everything that man does.

c. The concept of permissive decree

The concept of “permissive will”  or “permissive decree” are often used in connection with the discussion of divine decree. Does the Bible, however, speak of such divine permission. As stated already, it is certainly true that God is not actively involved in bringing about man’s sin in the same way that he is involved in bringing to pass righteousness and salvation. In this since, we may speak of divine permission of certain acts. On the other hand, we may never speak of bare or unwilling or forced permission with reference to God. God only permits in history what he has already decreed in eternity. Remember, nothing conditions God’s decree. The concept of permission assumes a competing will and since no such will was present when God decreed, it is nonsensical to speak of a permissive decree. God’s decree is by definition not permissive simply because it is not conditional.

d. Isn’t God’s decree based upon his foreseeing or knowing before hand what will occur?

There is nothing speculative about raising the question “can God foresee that something will happen, before he decrees it to happen?” The straightforward answer is, “no!” Only that which is certain to happen may be foreseen. To foresee something is to be certain that it will happen, and since we saw earlier that Scripture makes clear that everything happens because God decrees it, nothing then could be foreseen without God first decreeing its certainty. The idea that one may escape the problems associated with the divine decree by arguing for God seeing or knowing of the event before hand is simply groundless. In the Bible, prophecies and predictions of future events are not based upon God’s foreseeing of what would happen, but because of his divine decree of their taking place (see Isa. 46:11; Acts. 3:18; 4:27-28; 15:15-18). Bible prophesy is, therefore, viewed as the transcript, not of what God foresees, but what he decrees (Matt. 26:54; Luke 22:37; John19:24, 34-36; Acts 1:16; 2:24-31; 13:34-35).

One thought on “A Walk through the 1689 Baptist Confession, pt.8: God’s General Decree of All Events”